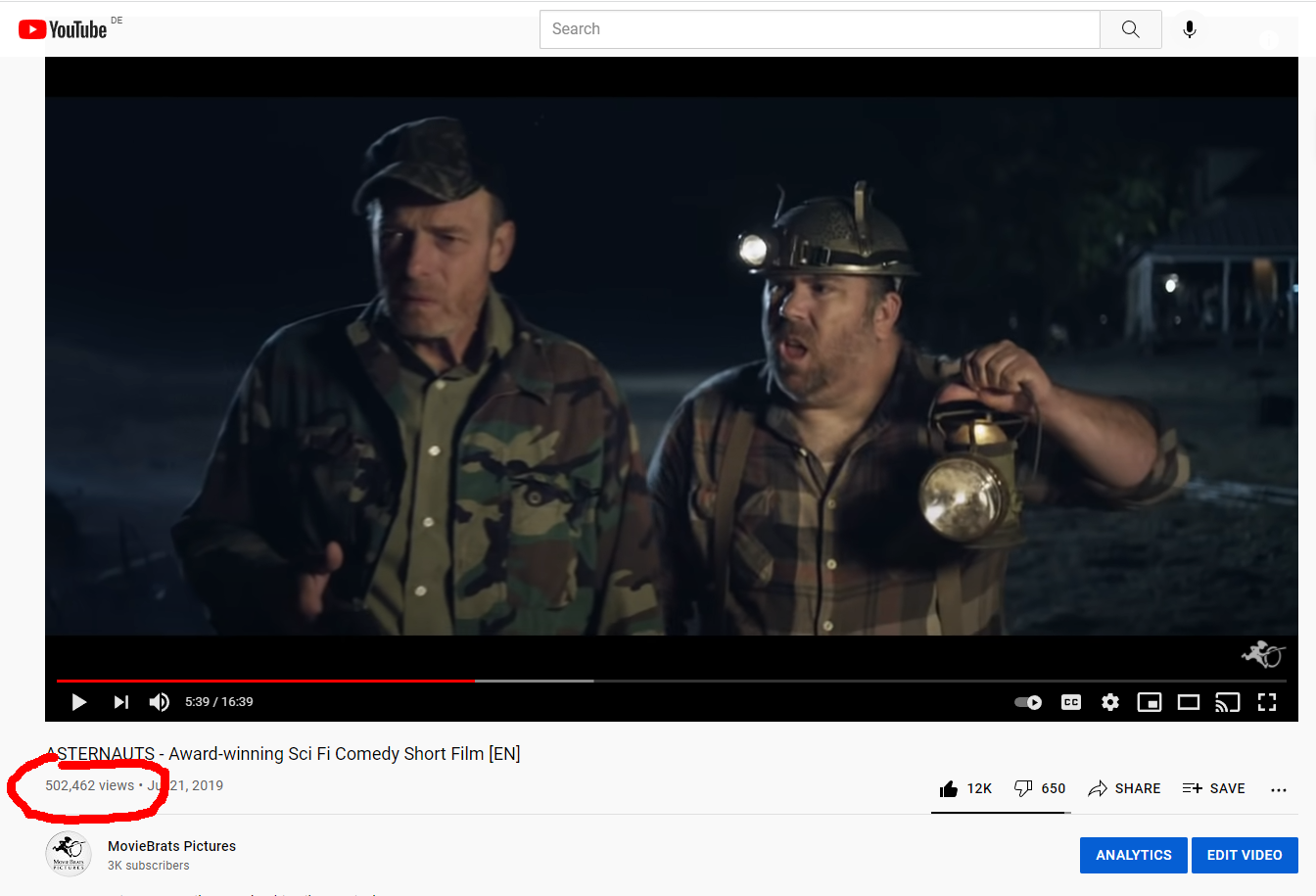 We're beyond amazed that our short film from eight year ago, ASTERNAUTS recently found itself a new fan base on YouTube and hit the 500,000 views mark last night. A milestone it achieved in just 3 months! Incredibly exciting to see the love from around the world and grateful for everyone who watched it. And all the lovely comments received.

Now on to a million! Head on over to YouTube to check it out yourself.

ASTERNAUTS is directed by Marta Masferrer from a screenplay by Raven Burnett, produced by Alexander Weimer, Esther Friedrich and Marta Masferrer, and starring Zenon Zeleniuch und Wray Crawford. It played at 80+ festivals around the world, garnering multiple awards, including Best Film at the Columbia Film Festival, NYC, Best Cinematography at HollyShorts, Audience Award at Cortopolis and Best Screenplay at Porto7 in Portugal.