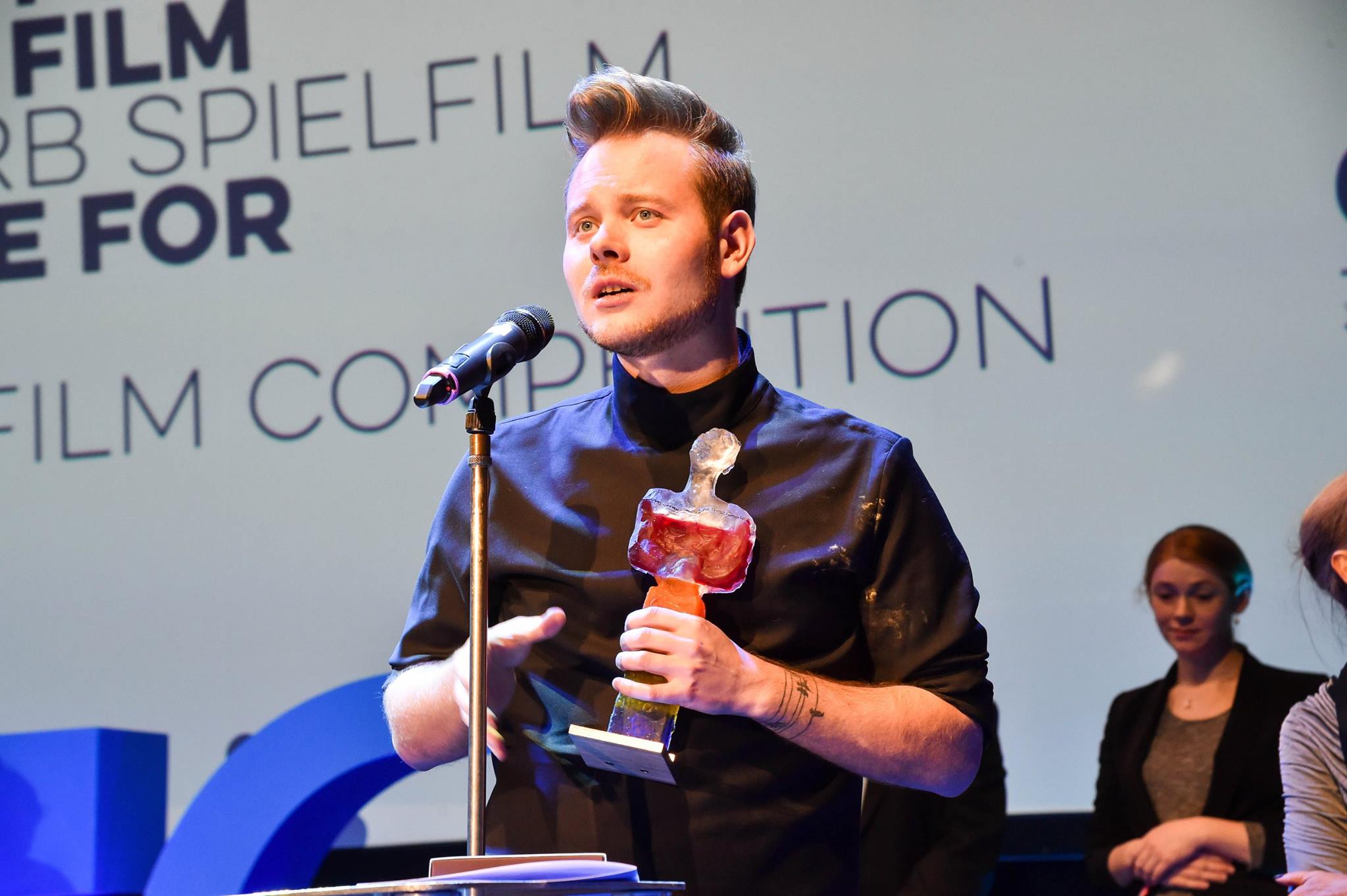 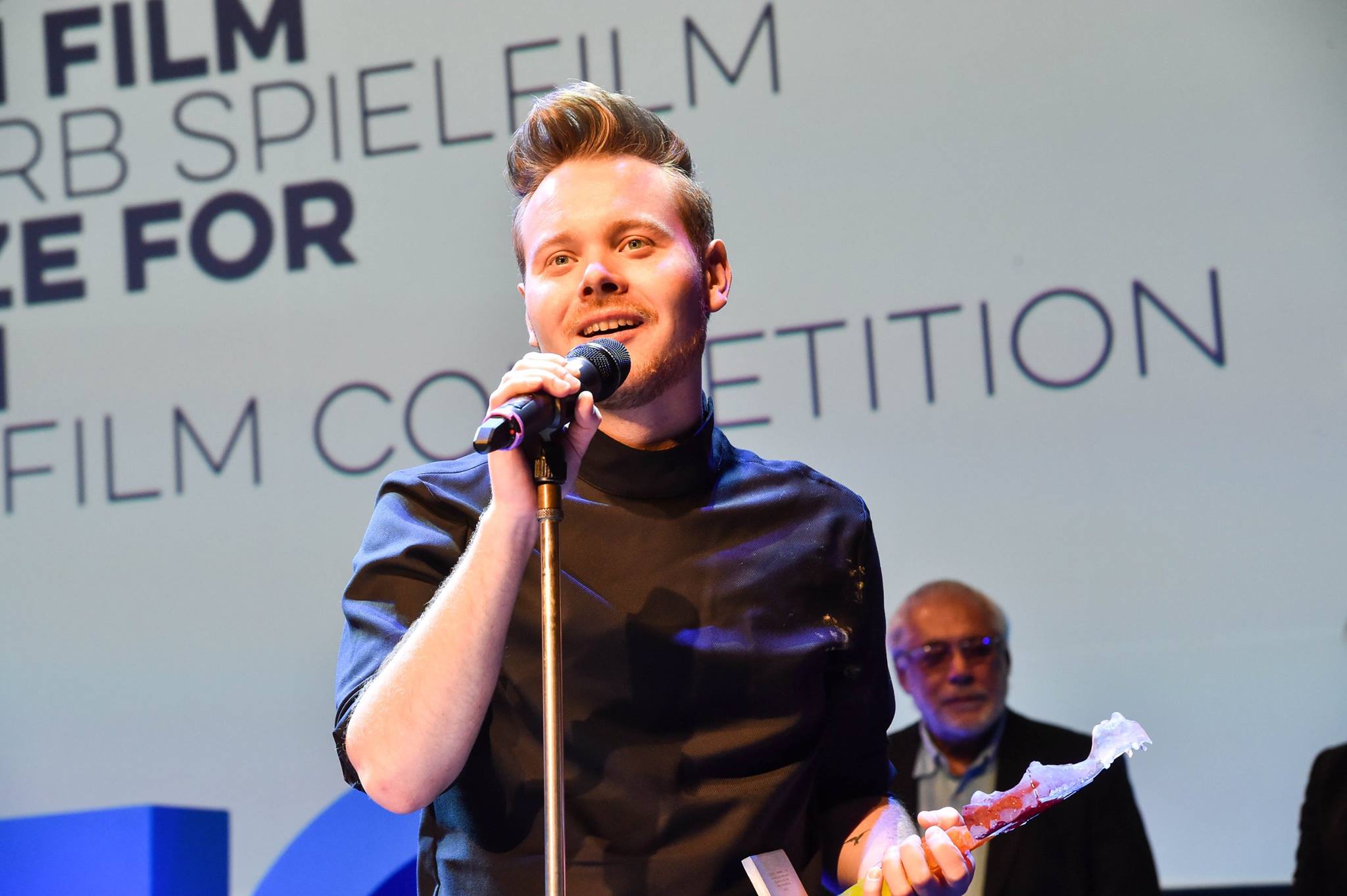 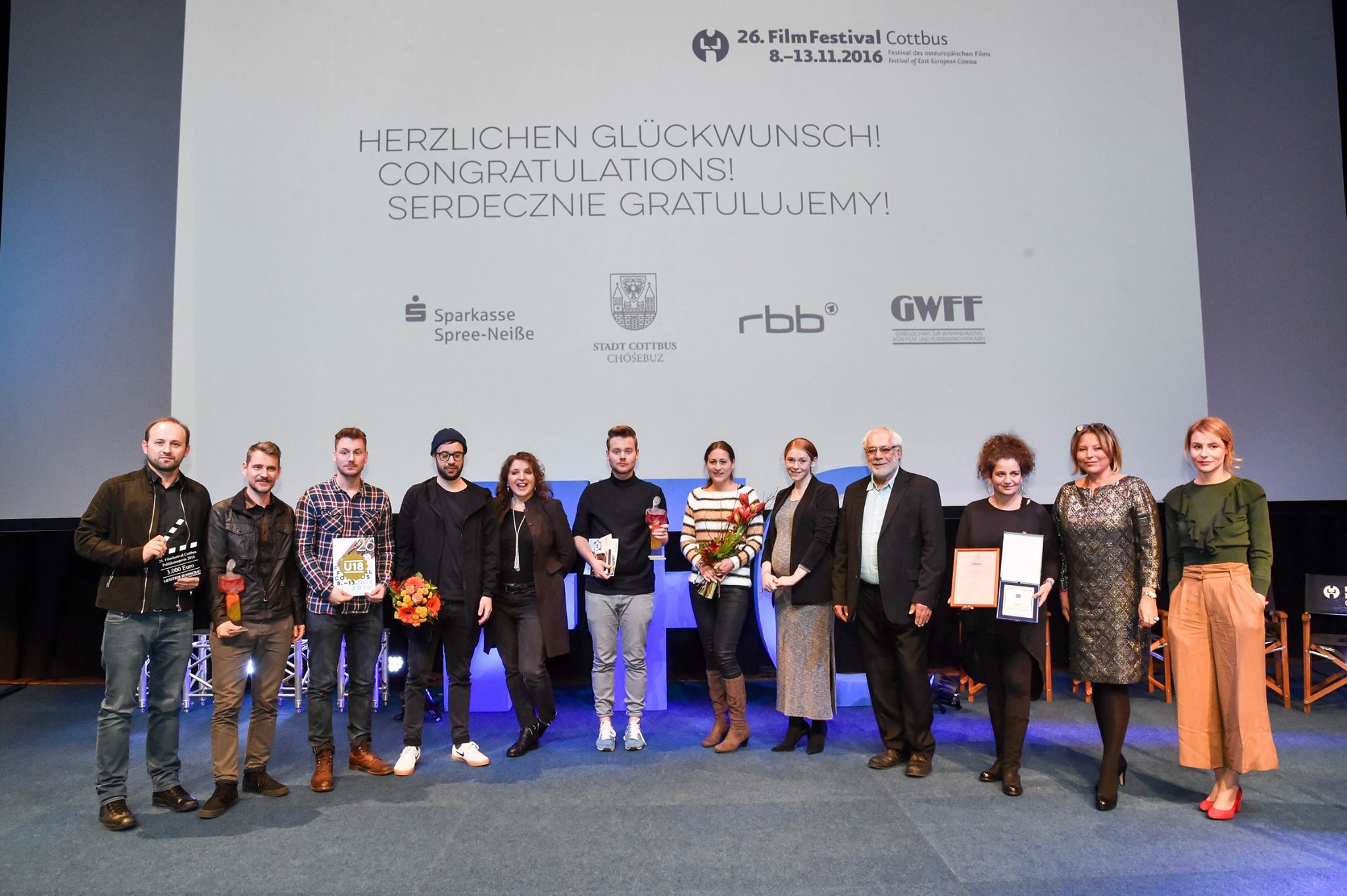 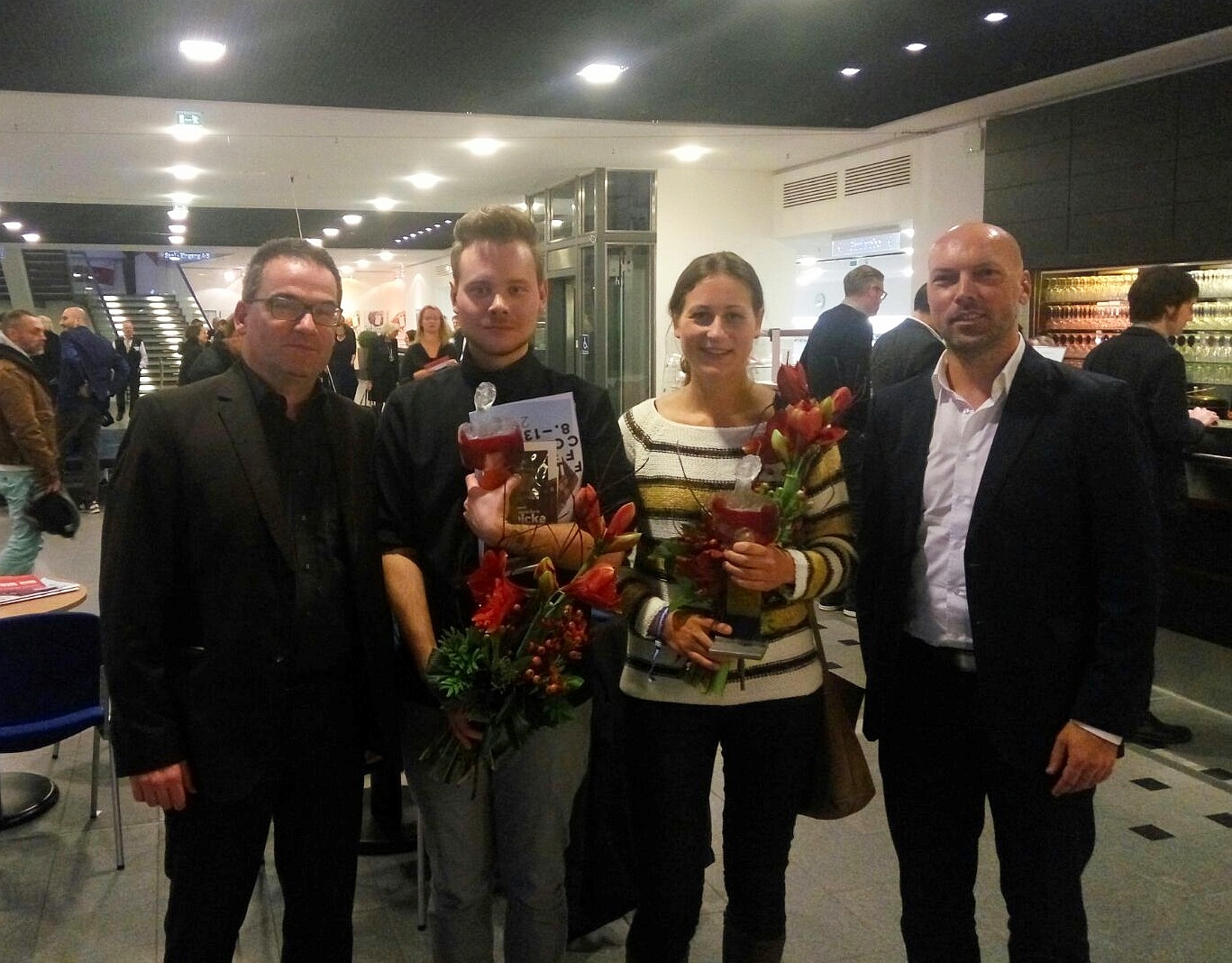 ZOOLOGY wins big at the 2016 Film Festival Cottbus in Germany, taking home two Lubina Awards: The Main Prize for Best Film, worth 25,000 Euros, and the Award for Outstanding Actress for Natalia Pavlenkova. The awards were received by director Ivan Tverdovsky (pictured, 2nd from left) and German co-producer Esther Friedrich (3rd from left). This is the second win for Tverdovsky in Cottbus, after he won a Lubina for his previous feature "Corrections Class" in 2014.

Hit the link for the official awards announcement and full list of winners.